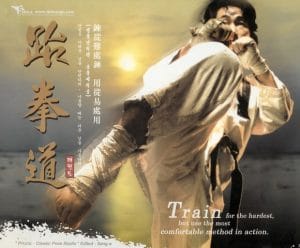 Grand Master Jae Ro Ahn is a world-renowned and influential Taekwondo Master from Korea who has just recently moved to the United States. “Plainsboro is lucky to have such a prestigious Grand Master in NJ.” Fellow Taekwondo athletes are honored to have him so nearby. Future Head Master of the new Ahn’s Taekwondo in Plainsboro, GM Ahn holds a Kukkiwon Certified 8th Degree Black Belt and it is not surprising that he comes from a family of Taekwondo Grand Masters: an older brother who holds a 9th Degree Black Belt and a younger sister who holds a 7th degree black belt. With over 45 years of martial arts experience, he is an undoubted expert of Poomsae Forms. Having studied and analyzed the movements in such depth, GM Ahn knows Poomsae Forms inside and out, theoretically, intellectually as well as in its physical aspects. He holds a bachelor’s degree from Kyung Hee University in Taekwondo (the best university in Korea that offers bachelor’s and master’s degrees in Taekwondo) and has a master’s degree from Korea National Sport University in Taekwondo Theory.

To further develop Taekwondo for the sport to stay relevant in the Olympics, GM Jae Ro Ahn was one of the few important personnel involved for the changes; he was one of the influential members who was responsible for the amendments that were made to the poomsae forms, a patterned series of offensive and defensive techniques performed against an imaginary opponent. Poomsae forms were being reformed and modified to keep up with the times and GM Jae Ro Ahn was one of the research teams that helped restructure the remodeled rules and regulations for the modern poomsae competitions.

From among many awards and recognitions, GM Jae Ro Ahn received the Presidential Award in 2016 from South Korea for the contributions and accomplishments he had made to the Taekwondo worlds. He was appointed as a national representative head coach and had all gold medalist winners in the World Taekwondo Poomsae Championships of 2012 and 2013. In addition to all his achievements, GM Jae Ro Ahn also co-authored Taekwondo training books to help other Masters of Taekwondo, realizing that no enough books were available for the training for Taekwondo Masters.

The newest chapter for GM Jae Ro Ahn is his new organization, Hongik E-Hwa. Hongik E-Hwa is a Masters Research Center where GM Ahn has challenged himself to educate the best and established Taekwondo Masters for the purpose of passing along his ideals and knowledge of the authentic Taekwondo and to be able to execute the skills and technique with accuracy and precision.

Poomsae seminar invitations have taken GM Jae Ro Ahn all over the world including, Belgium, China, France, India, Iraq, Japan, Korea, and the United States. Having recently moved to the United States with his family, he is looking forward to meeting the new students of his newly opened school in Plainsboro while staying active internationally.

Poomsae and Breaking Awards and Commendations